Some of the cultivated species

The convex cap is white in color; the gills are free and initially pink, then dark brown or almost black. The cylindrical stipe is thick and white; it bears an annulus at its midpoint.

It is the first cultivated mushroom; it is grown on pasteurized substrate (compost). In Spain, there are companies specialized in the production of compost or substrate and most of these are part of a cooperative of farmers. The production of compost requires substantial investment in facilities and a technical team trained specifically in this field, therefore, white button mushroom producers cannot deal with this activity on their own. 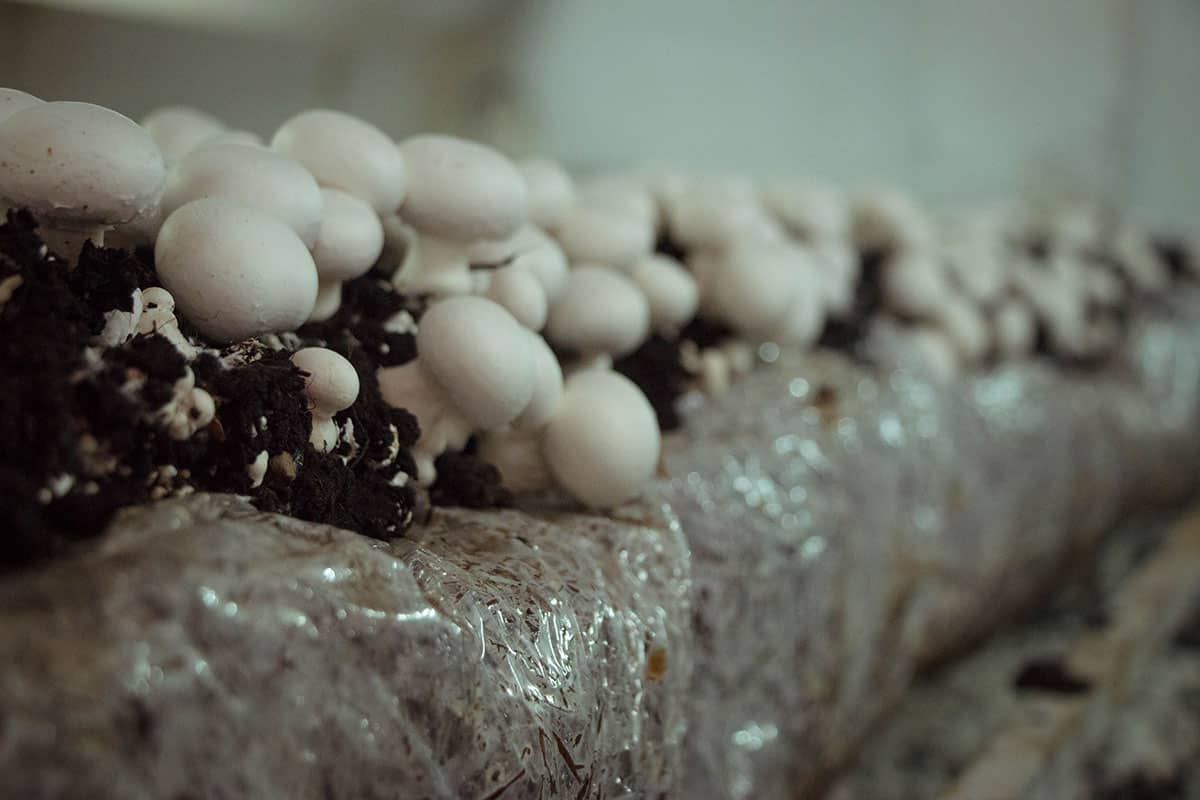 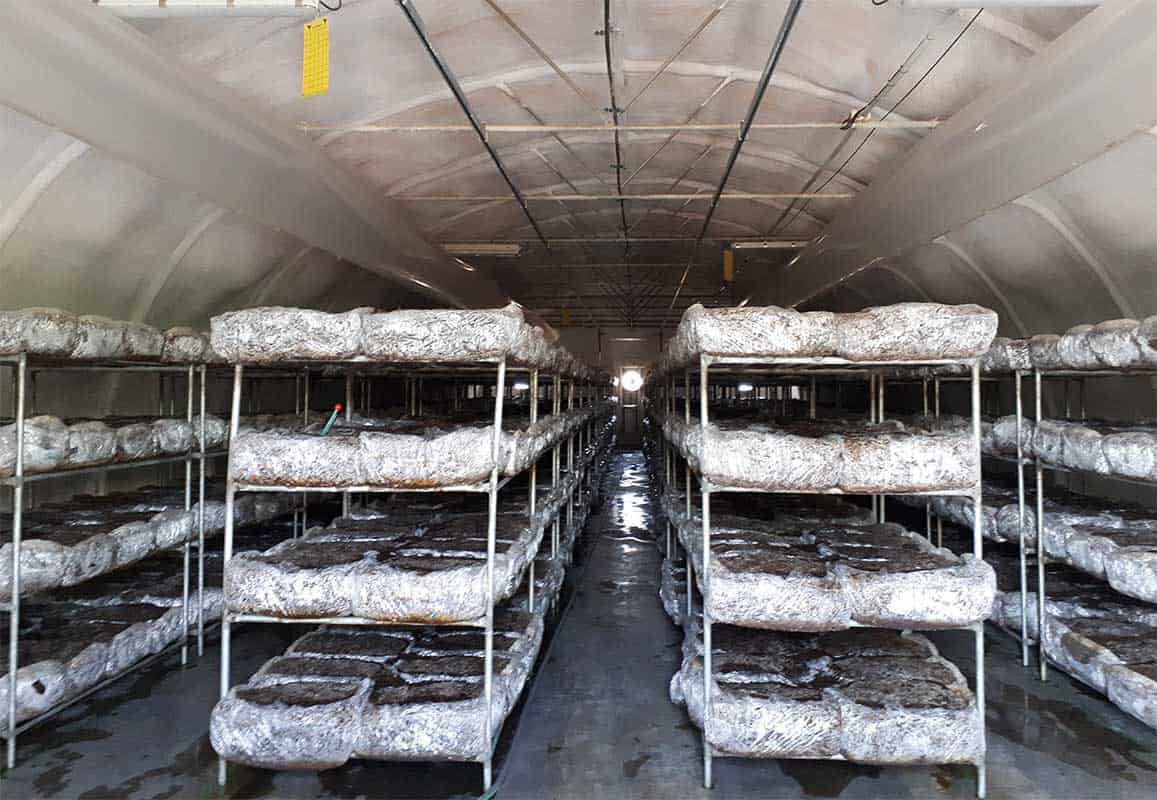 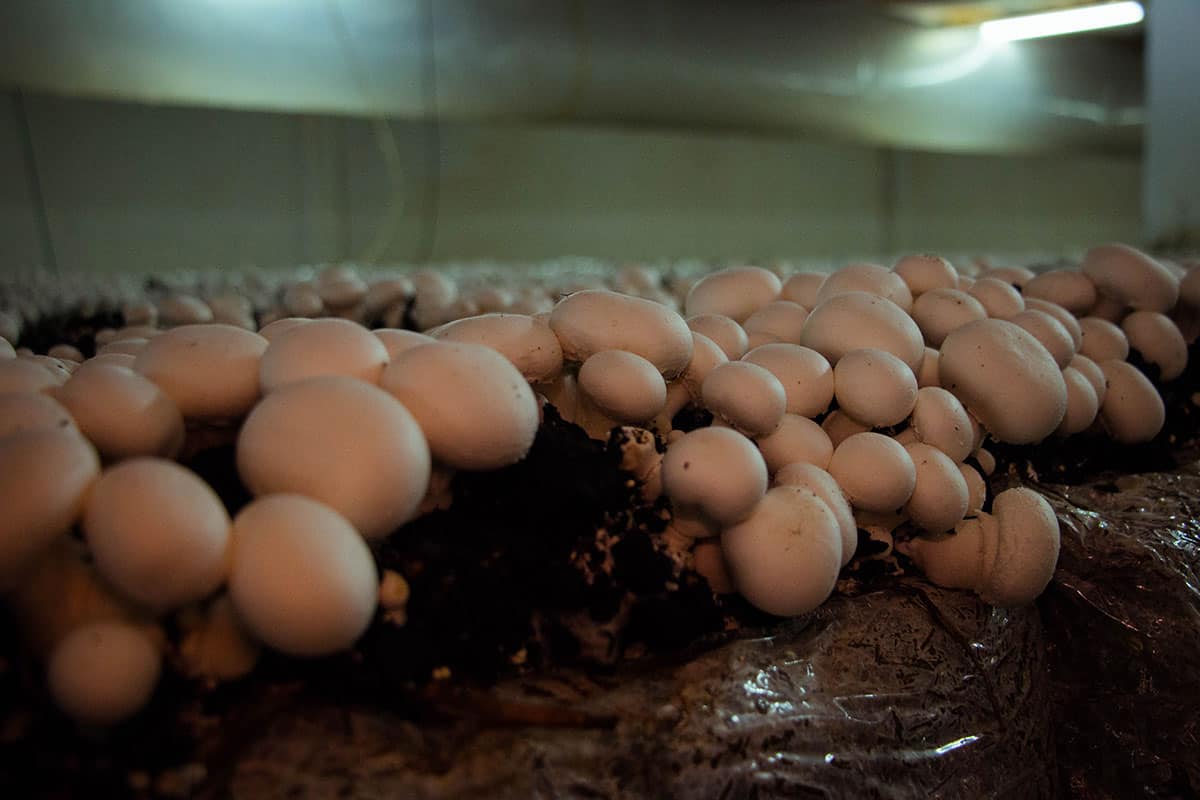 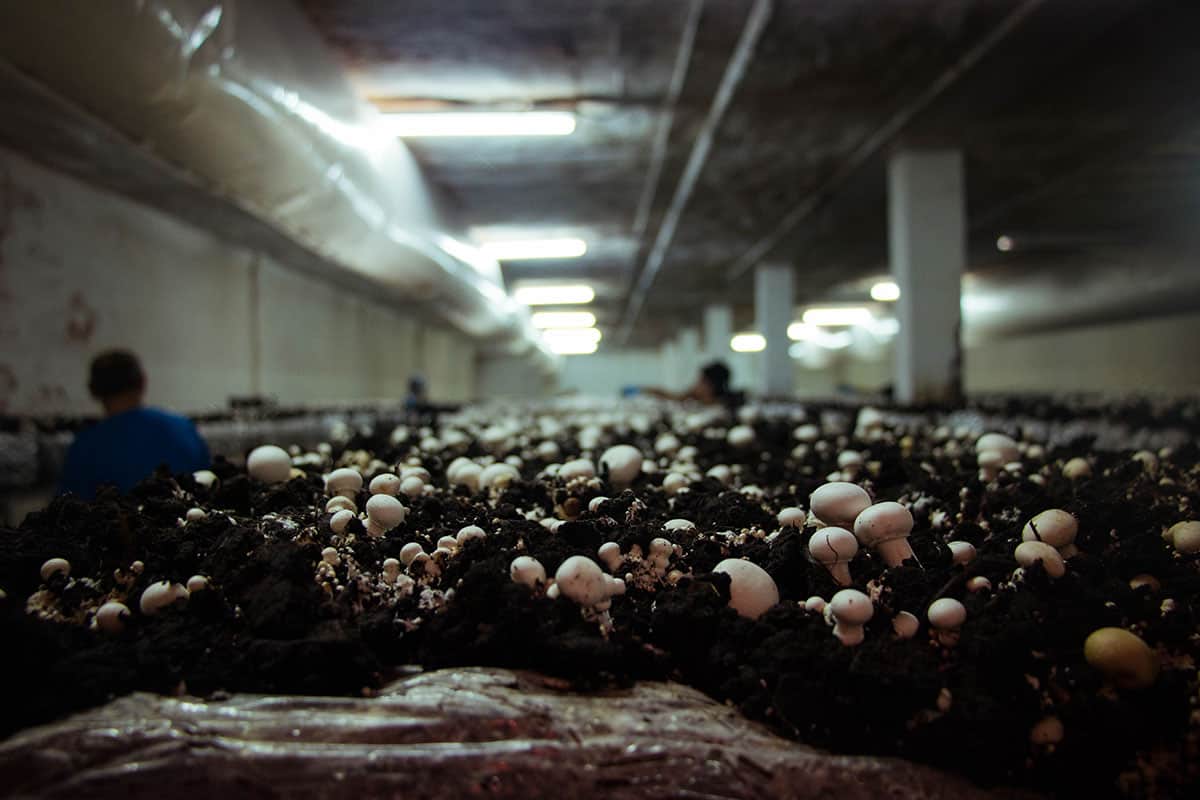 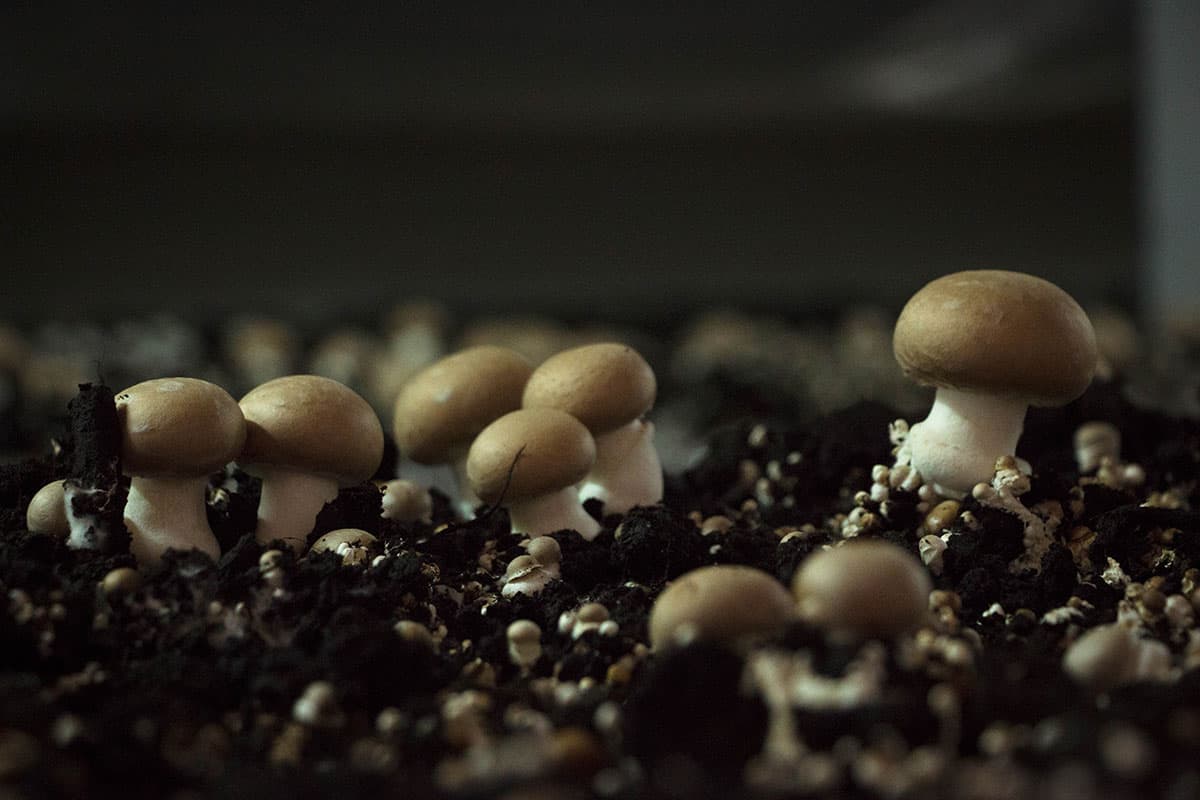 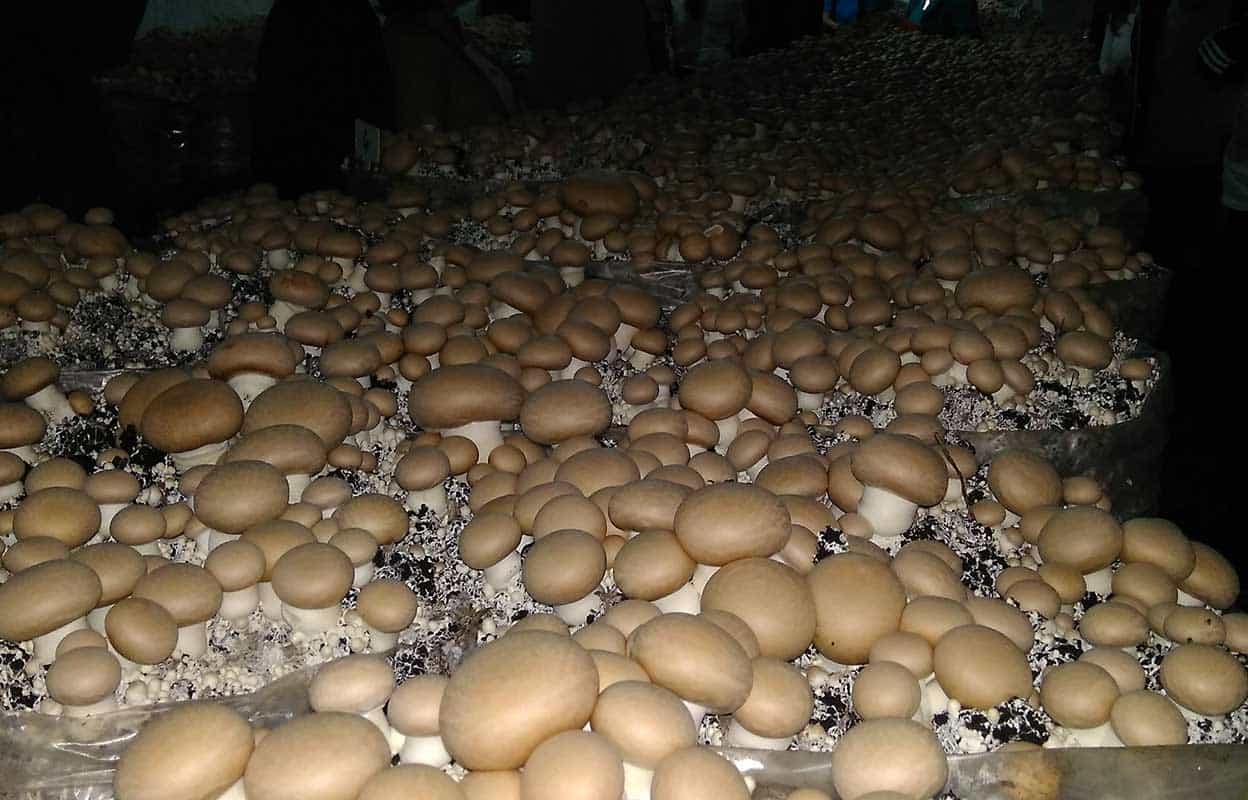 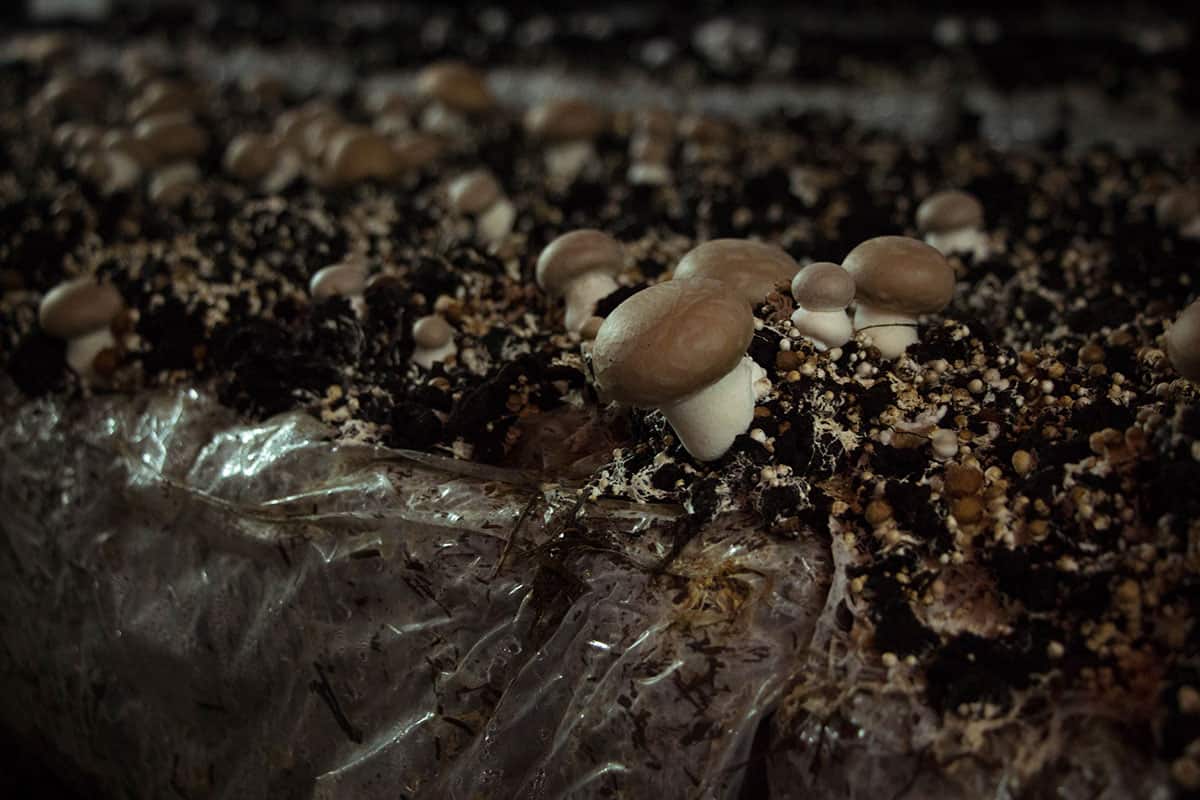 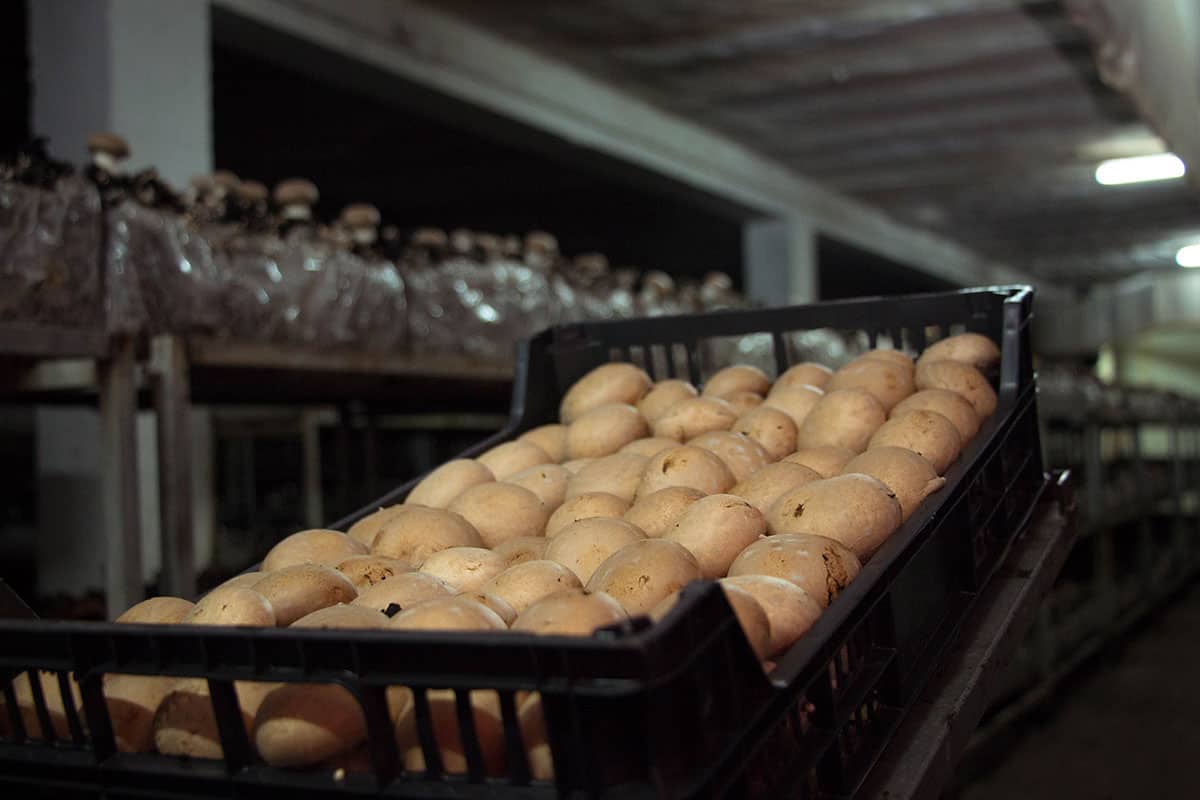 When talking about its shape, it is similar to the white button mushroom. The convex cap is brown; the gills are pink and a white stipe.

It is widely distributed throughout the world and it includes edible species of important economic value in many countries.

The Pleurotus ostreatus is one of the most farmed species; nevertheless, there are others that are produced at a smaller scale, such as the P. pulmonarius, the P. cornucopiae, the P. eryngii, the P. salmoneus 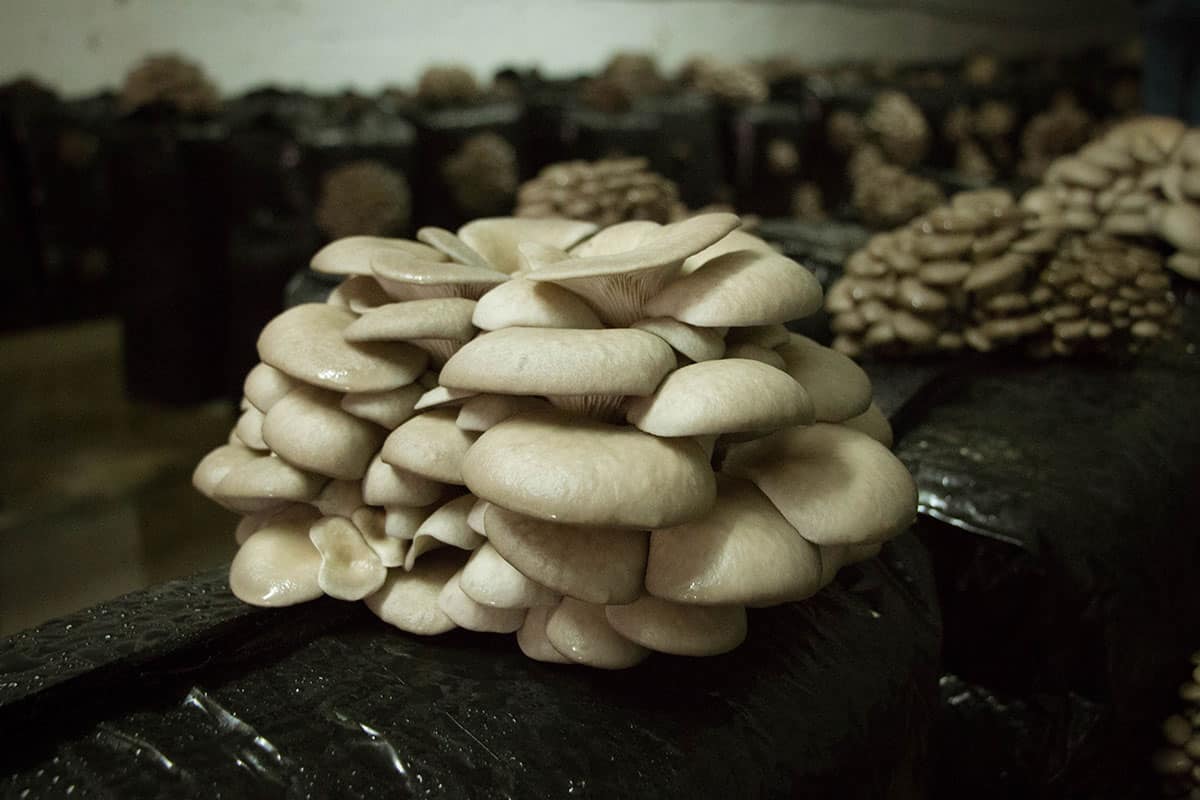 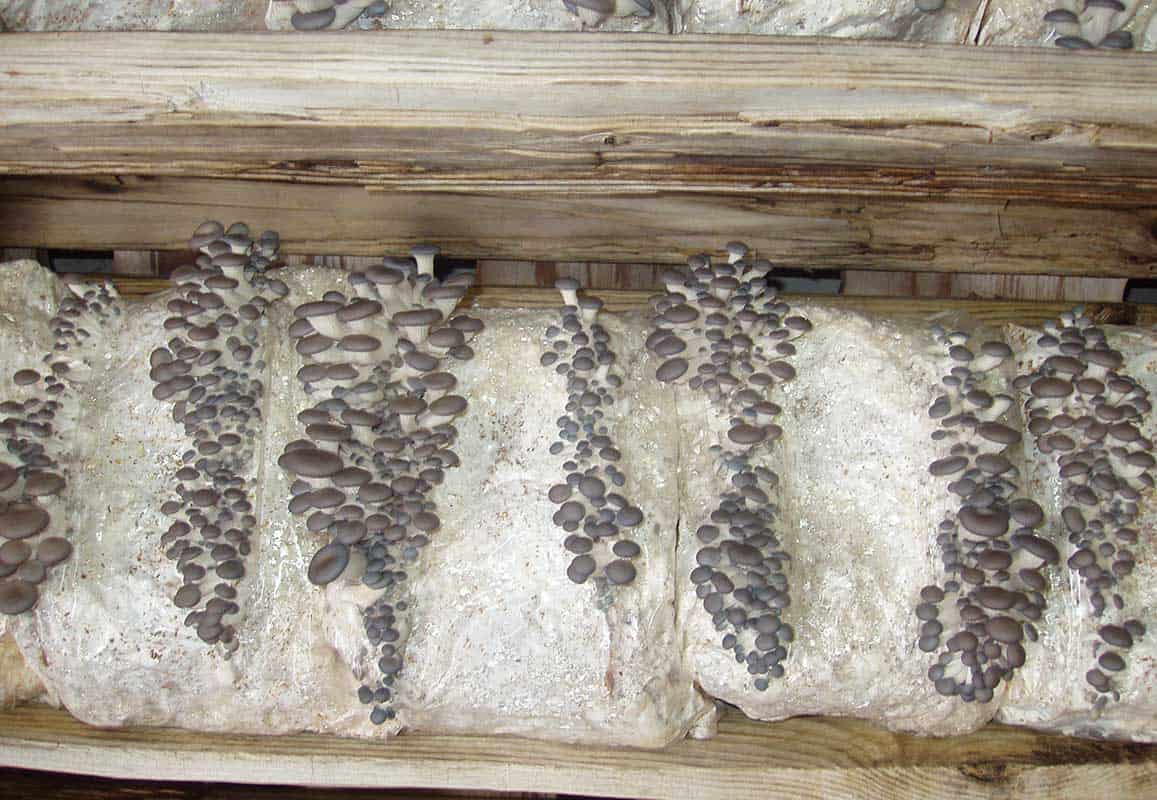 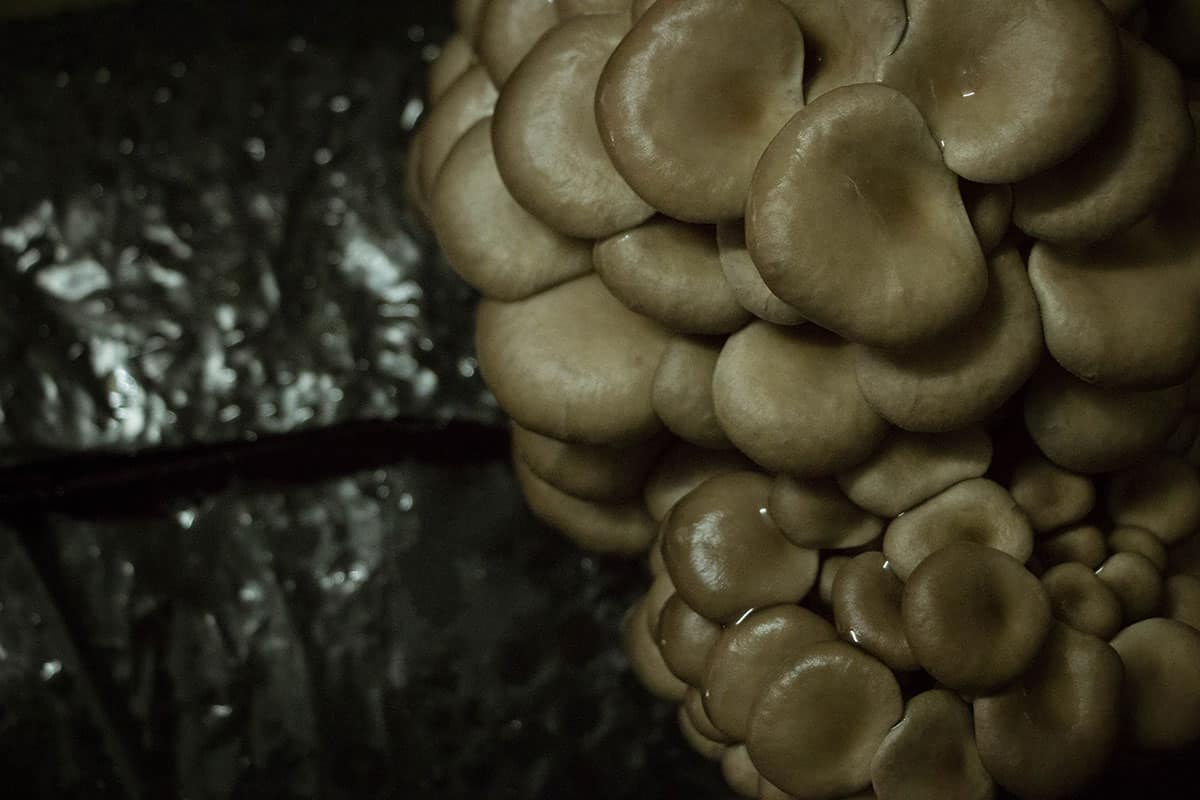 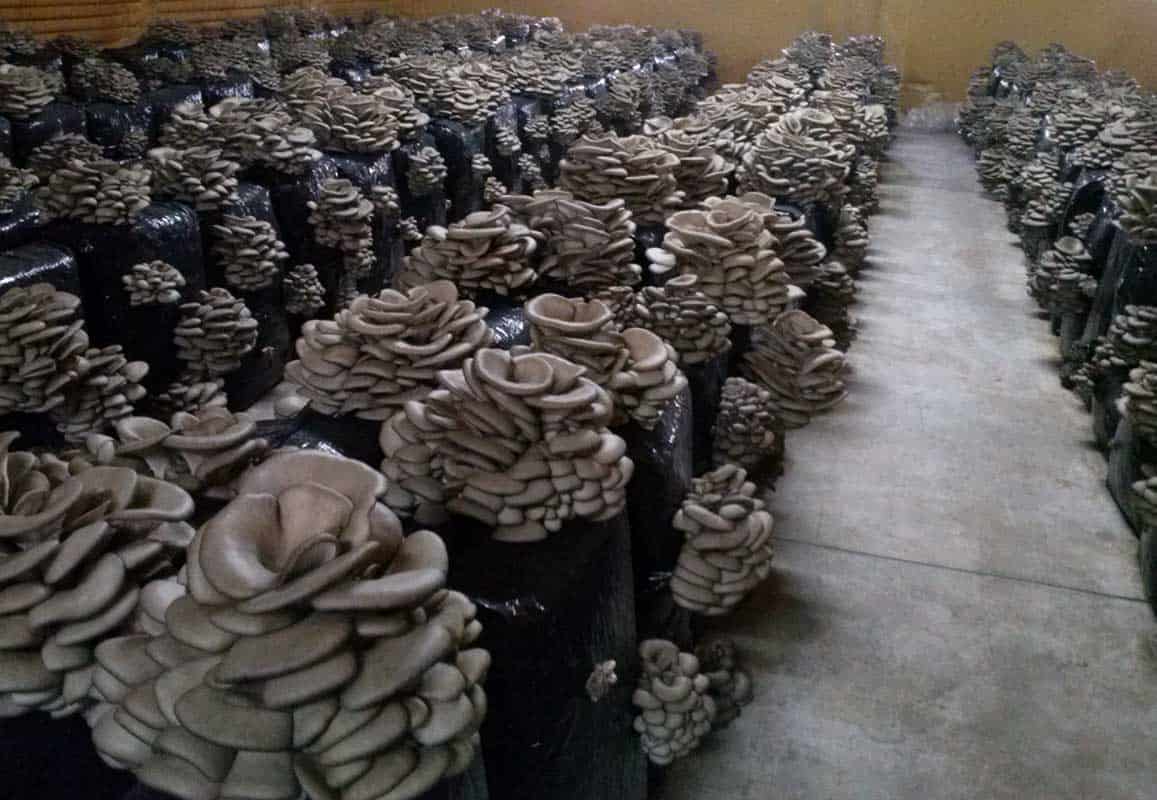 The Pleurotus ostreatus bears fruit (it produces mushrooms) in clusters or groups (several mushrooms together at the base, fasiculated). Fan or oyster-shaped cap and the margin is inrolled, where the top of the cap ranges in color depending on environmental conditions or on its strain. The size varies according to the strains used and the growing conditions. The gills are white to cream and descend on the stipe – decurrent. The stipe is short and off-center – it is on the edge of the cap.

It is the second most cultivated mushroom in Spain after the button mushroom. It is cultivated on pasteurized substrates (compost) but it can also be grown on sterile substrate. The pasteurized substrate allows for a bigger yield than the sterile one. In Spain, there are companies specialized in the production of substrate and most of these are part of a cooperative of farmers. A similar situation occurs in the development of compost for the oyster mushroom as for the common mushroom, a substantial investment in facilities and a technical team trained specifically in this field is needed.

The Pleurotus pulmonarius and P. cornucopiae are grown on the same substrate as the Pleurotus ostreatus.

It is grown during warm weather; the same substrate is used as for the Pleurotus ostreatus.

It bears fruit in clusters or groups (several mushrooms together at the base, fasiculated stipe). 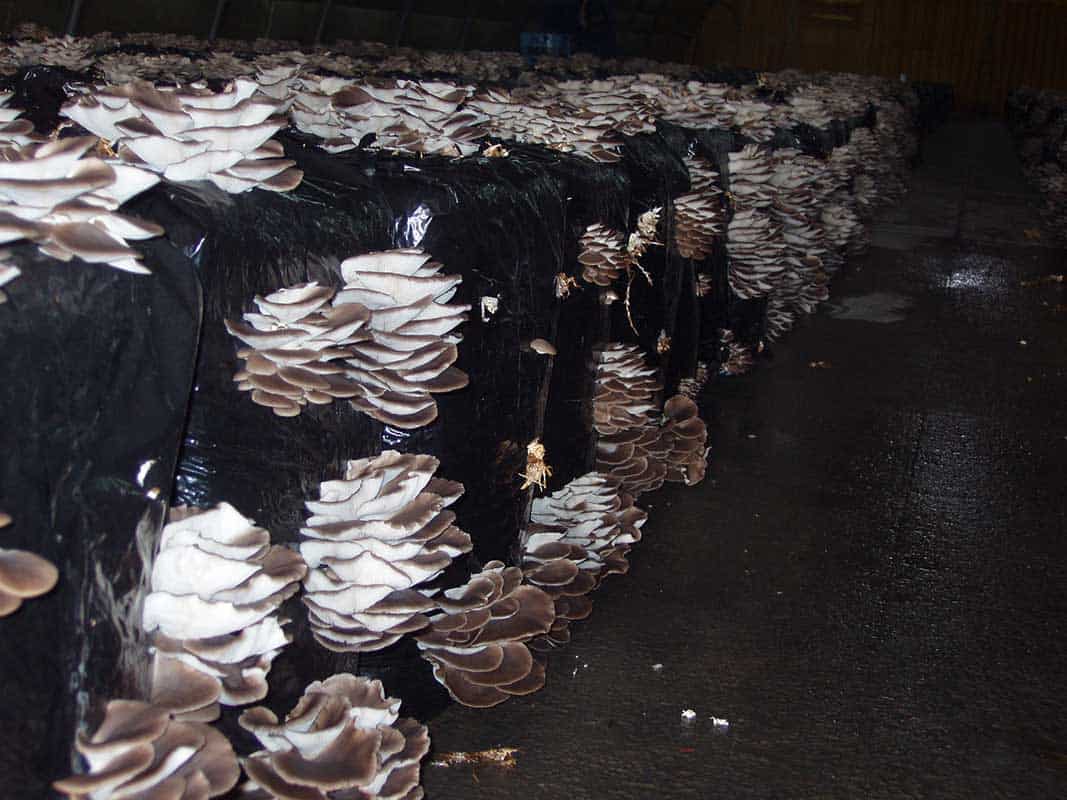 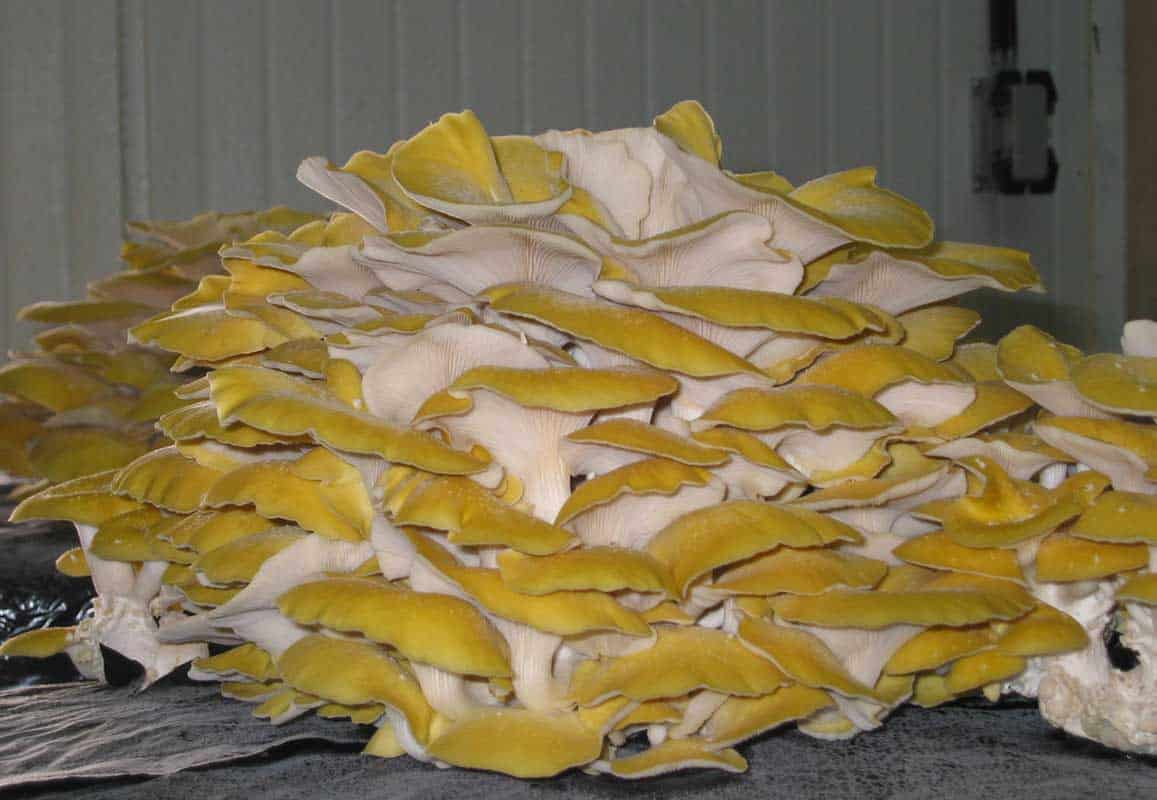 It bears fruit in clusters or groups (several mushrooms together at the base, fasiculated). The cap is bright yellow and the mushrooms sometimes take on a shape similar to a funnel. The stipe is white, long and off-center – it is on the edge of the cap. The gills descend down the stipe – decurrent. This wild mushroom is very brittle, so it needs to be harvested with care.

The cap is tan and it varies in color from cream to dark brown. The cap starts out round and as it grows, the cap flattens and sinks a bit in the center – from convex to flat convex.  The gills descend down the stipe – very decurrent. The stipe is light in color, short and off-center – it can be completely on the edge of the cap.

There is a variety of king oyster which colloquially is called “Korean” due to its origin. It looks quite different than the varieties which are similar to the ones found in nature – in the wild. The characteristic that makes it different is its stipe because it is thick, long and often barrel shaped. 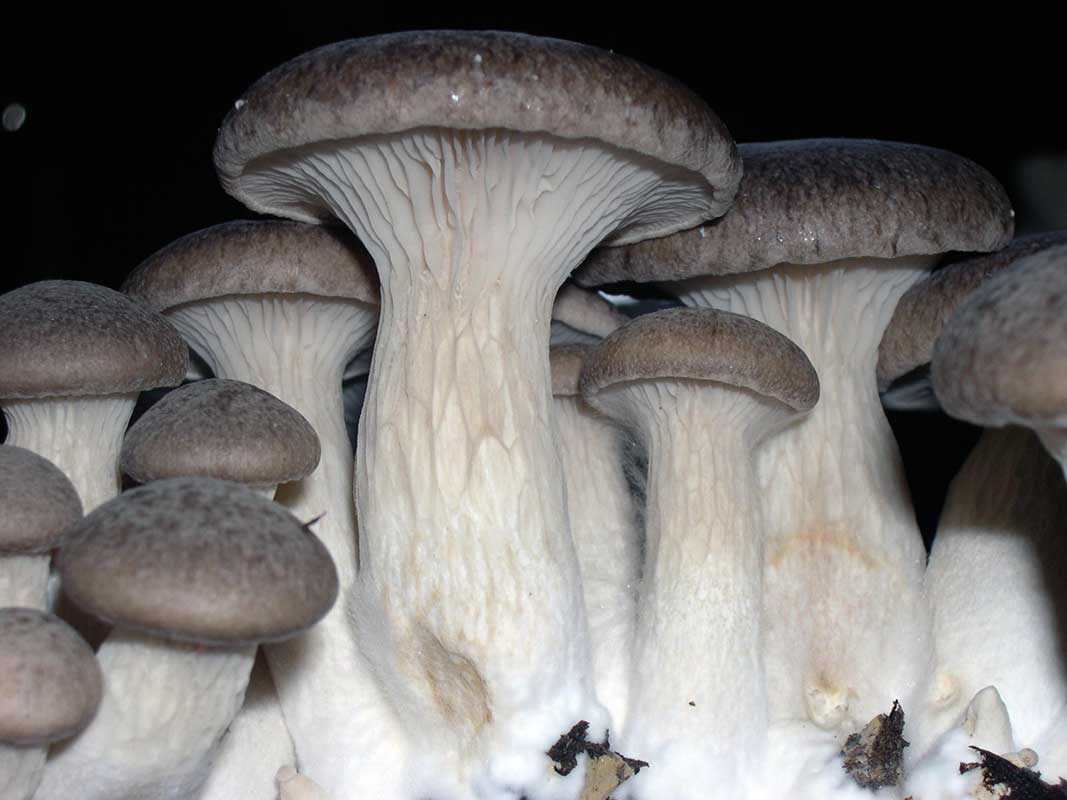 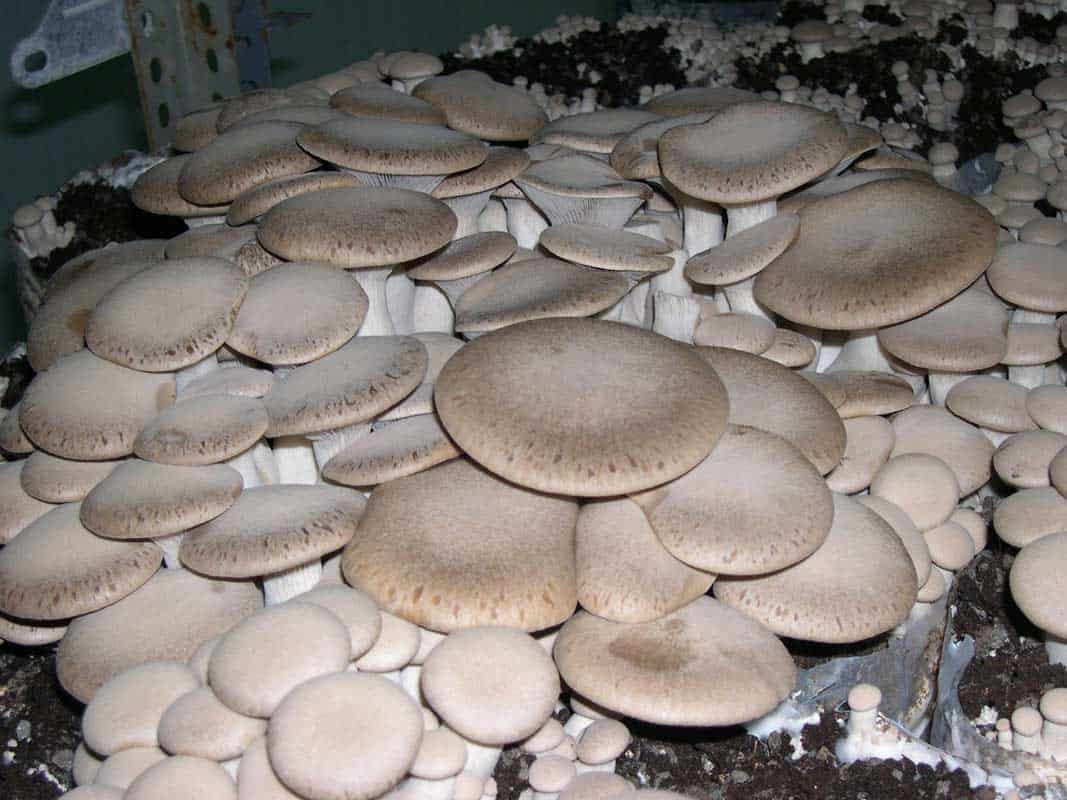 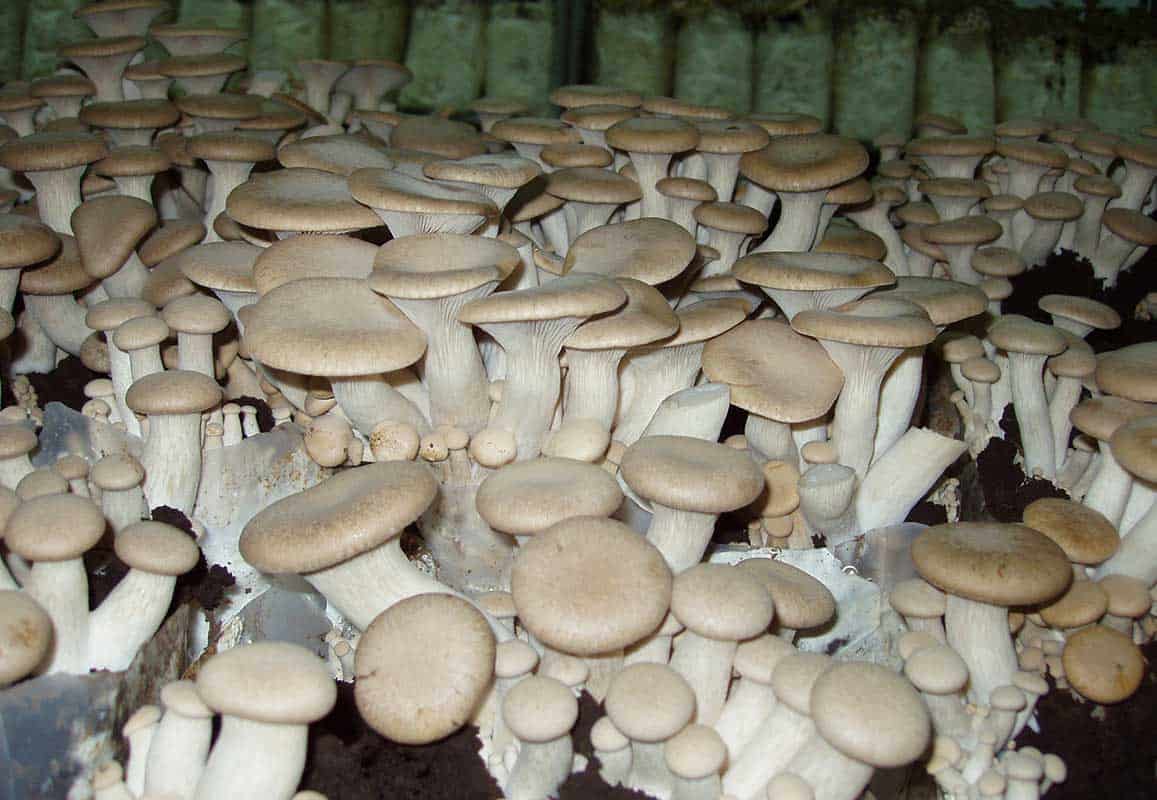 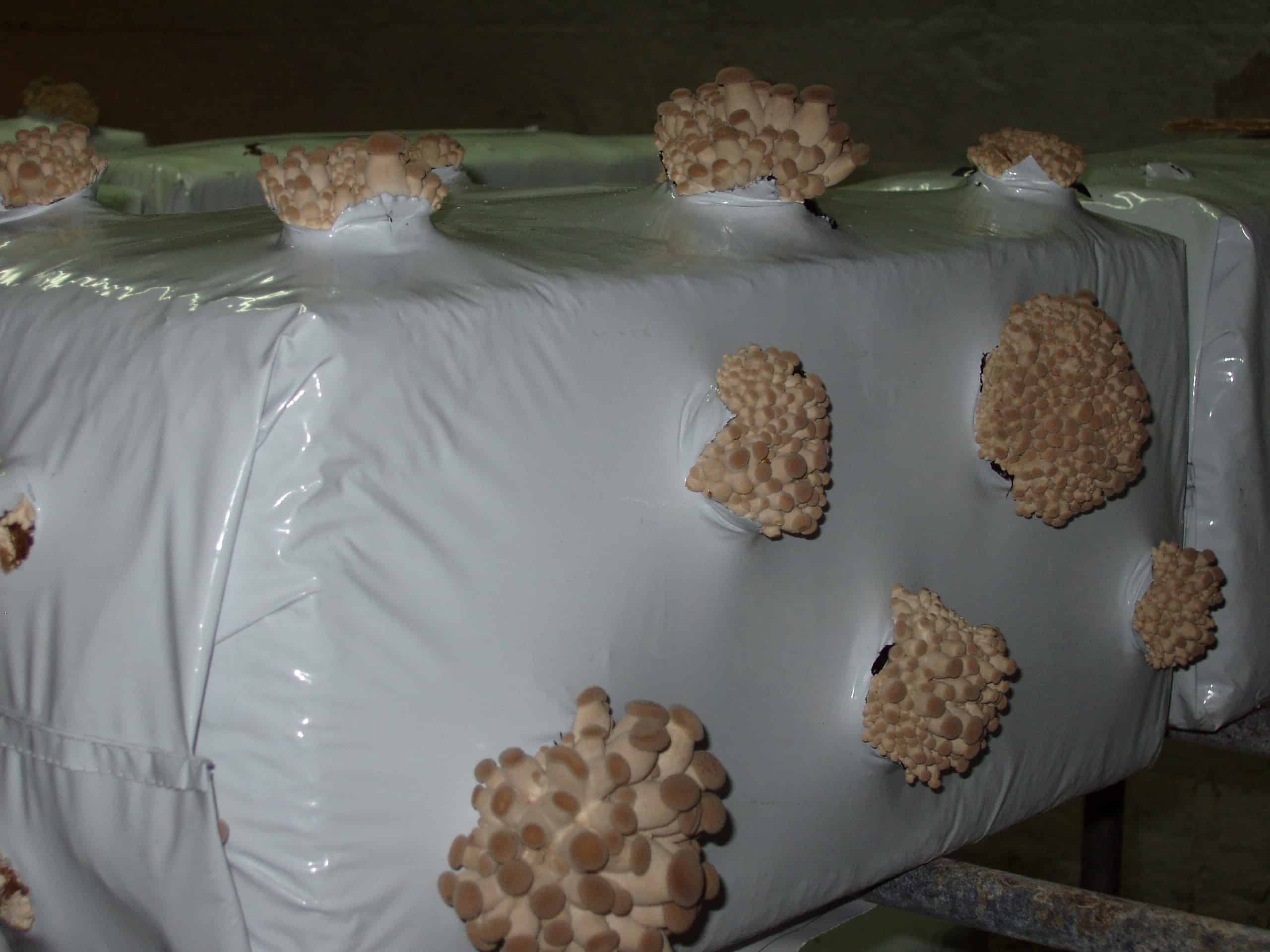 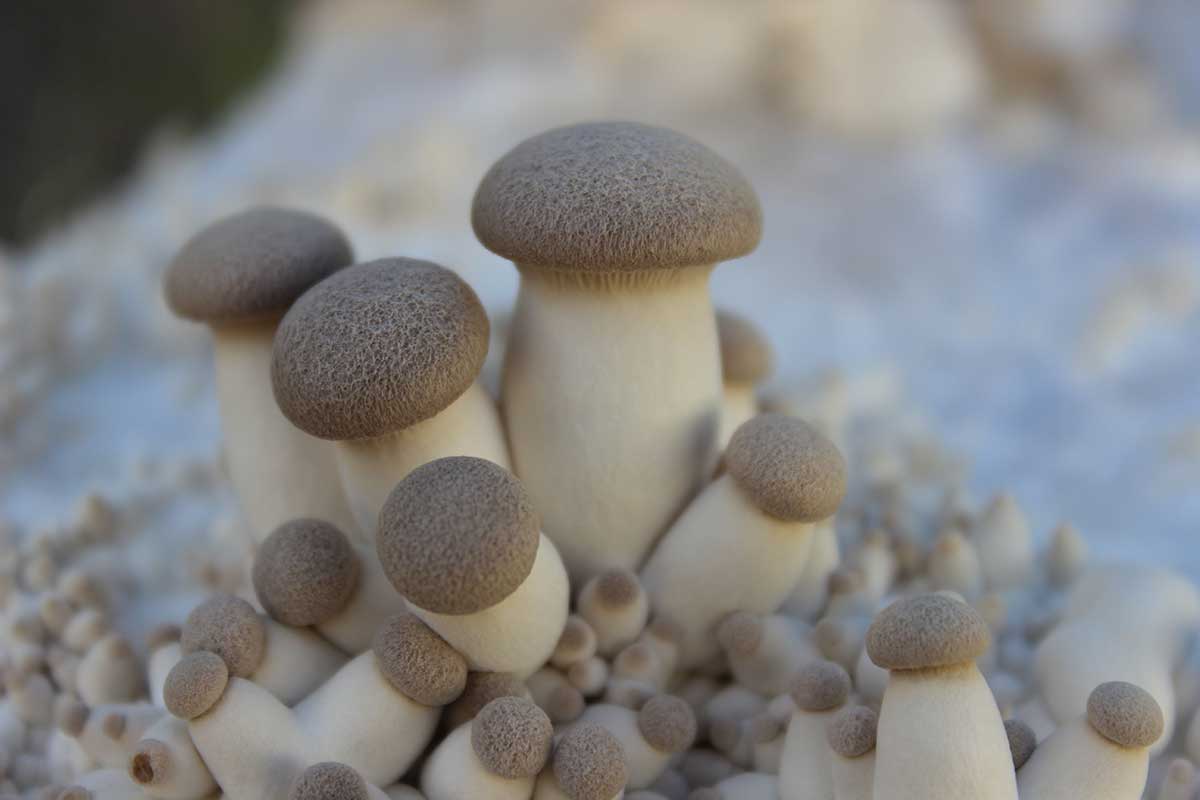 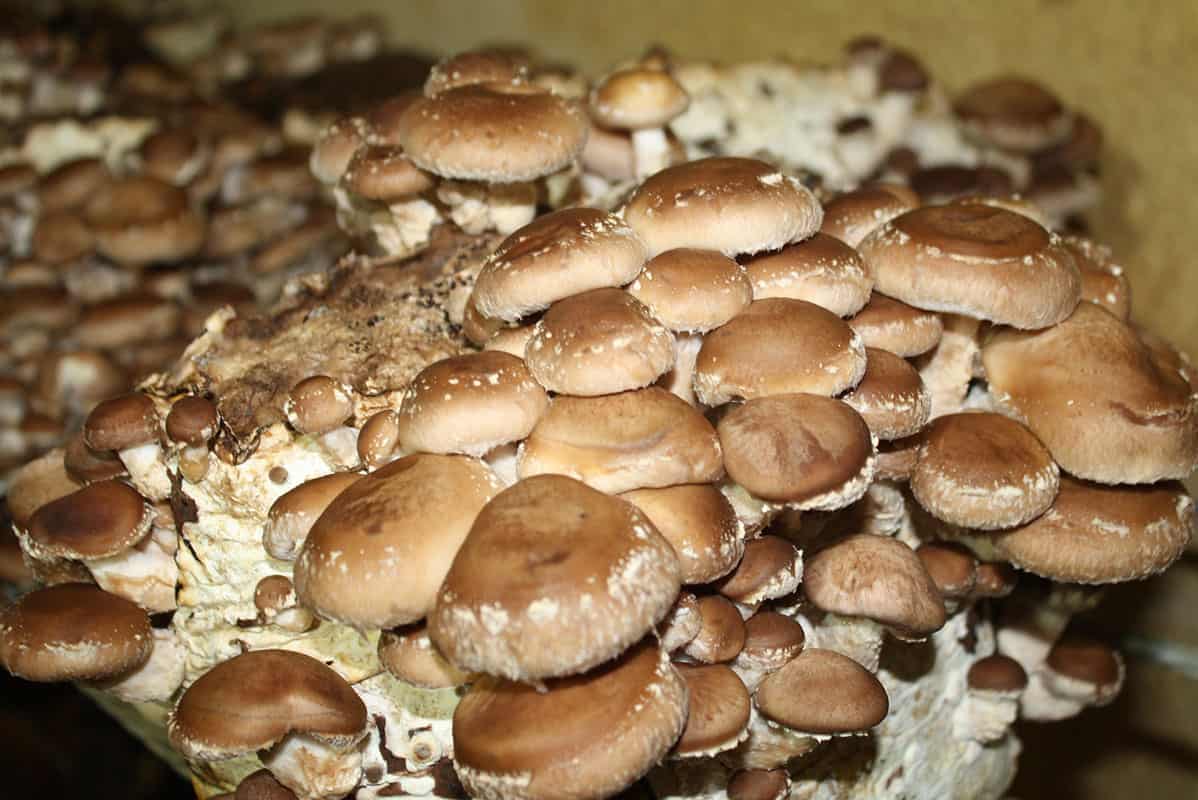 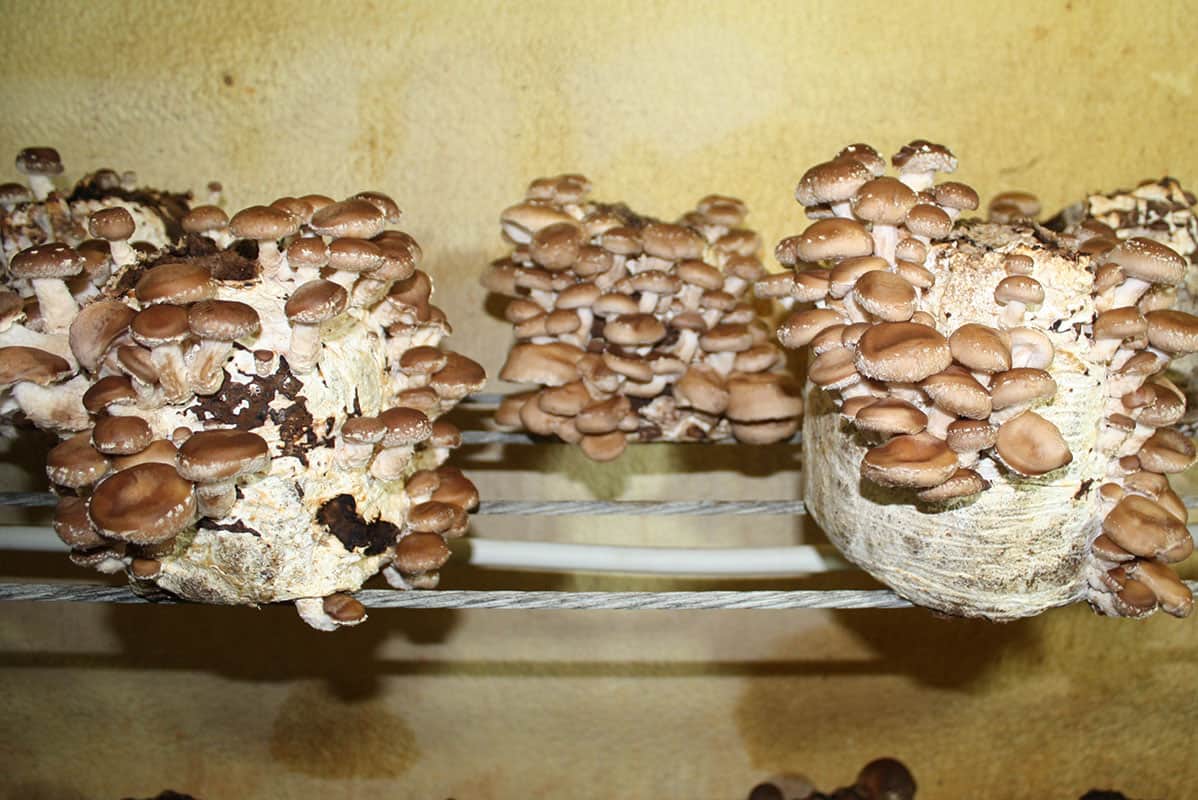 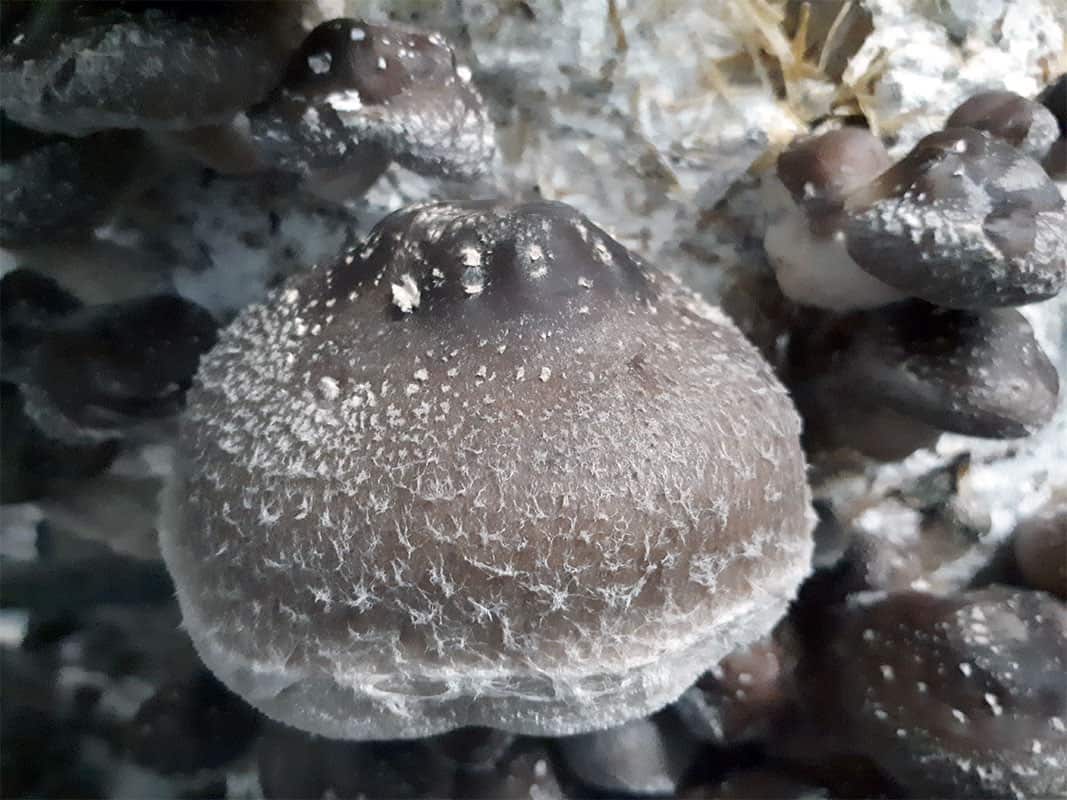 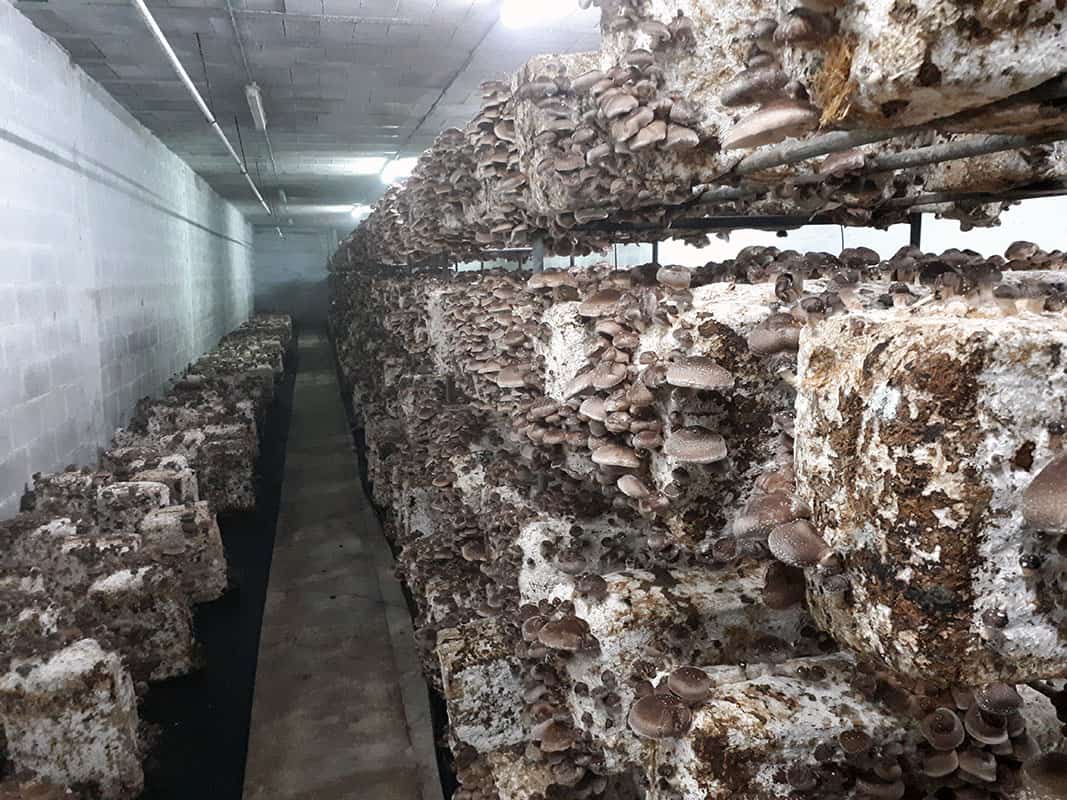 The cap has a convex shape through most of its growth stage, and the cap flattens when it is mature. It is dark brown in the center, and it becomes discolored towards the edges with shades of ochre; the central area is flat and the rest gets coated with lighter scales than the original surface, flattish with not much relief. The stipe is hard and much lighter than the cap.

However it can be cultivated on pasteurized substrate as well as sterile substrate. Both types of substrate adapt well to Shiitake production; to use one or the other depends on the production volume and the desired profitability.

The mycelium smell of this mushroom draws many types of insects, which is a very important problem as it causes loses in the output. 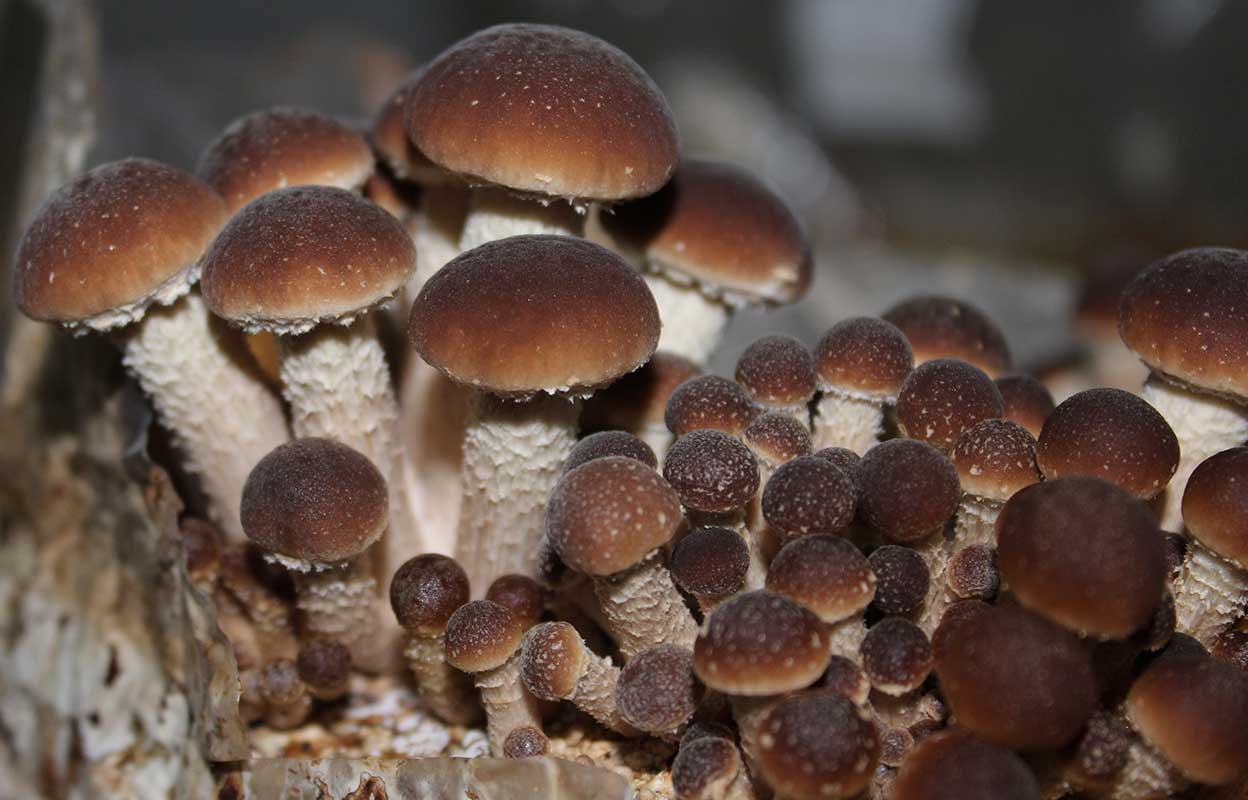 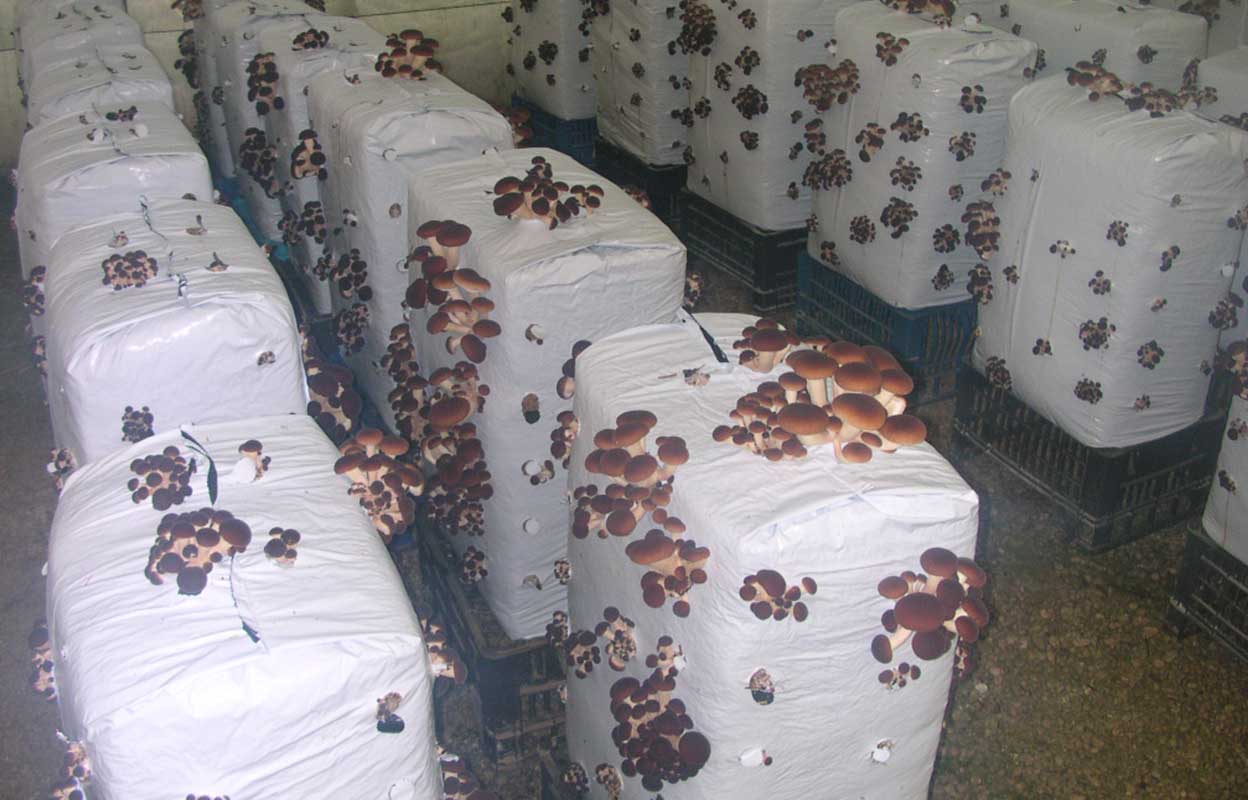